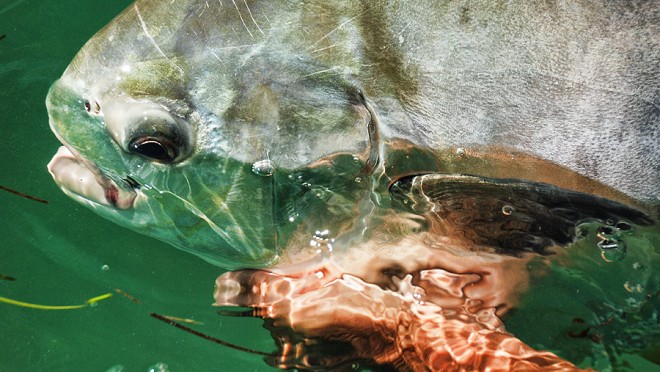 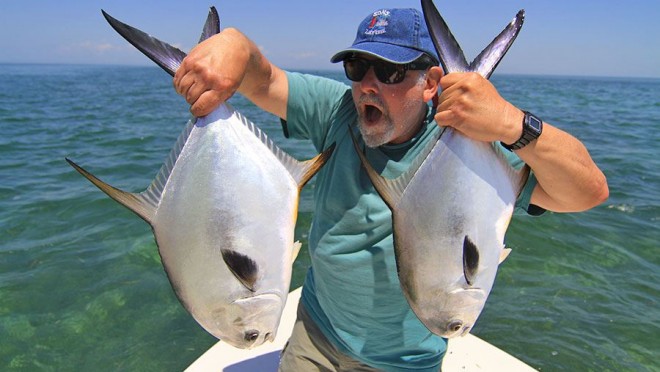 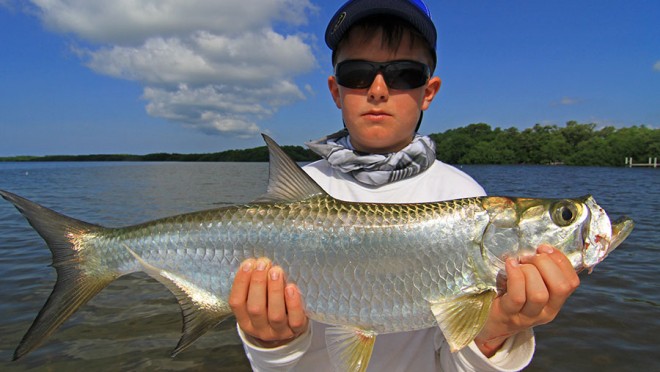 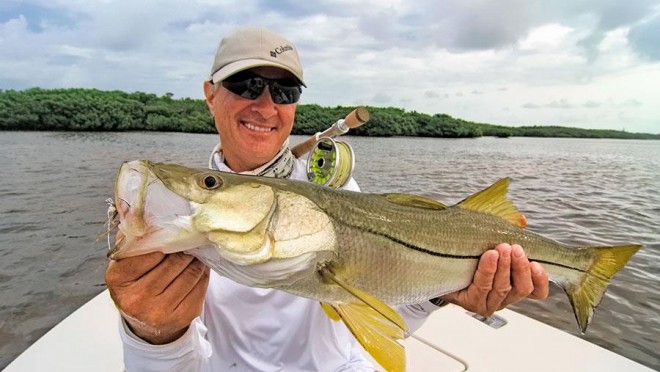 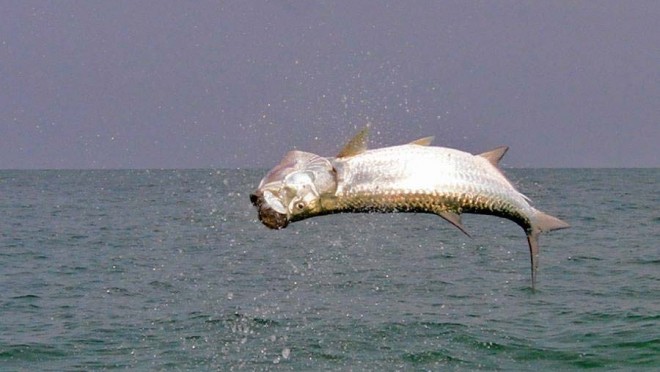 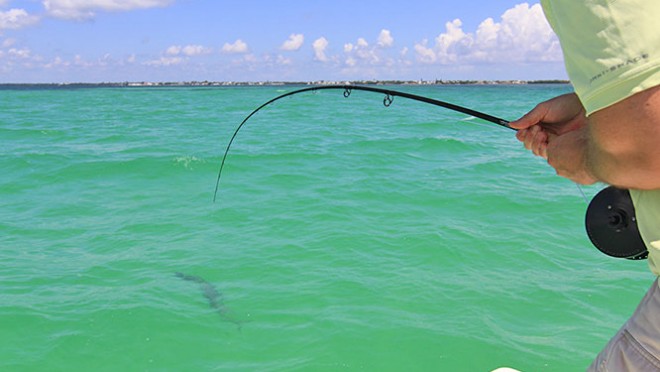 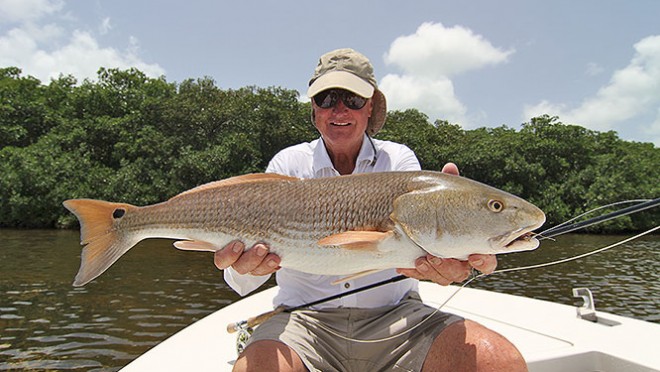 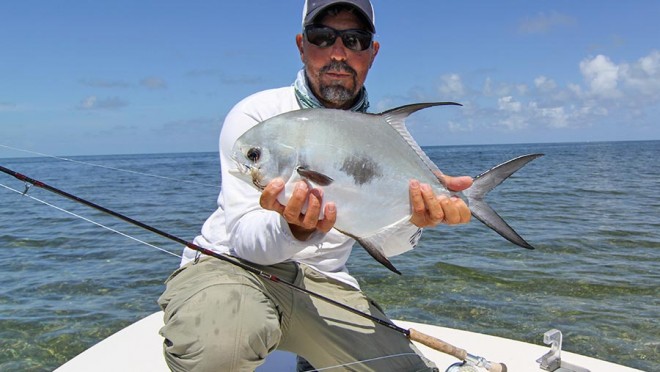 You are here: Home / Fishing / What’s better than one Permit?

What’s better than one Permit?

…How about TWO Permit!!

Bruce and I have been fishing together for over 10 years now. He is the best Permit angler (with a spinning rod) I have ever seen or had the pleasure to fish with. We always seem to get into the craziest Permit action. Three years in a row now, we have doubled up multiple times. 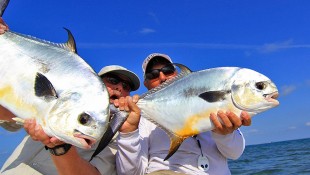 He’s a short, stocky, Jewish man from Pennsylvania, who, by the way is funny as heck and just a fun person to be around. He owned a large freight company called “Bonefish Enterprises” What else? He’s been Permit fishing since the 60’s and has fished all over the Keys for the big three. His knowledge about these fish are unsurpassed. He likes to go bonefishing and occasionally I can force him to throw some artificials at baby tarpon and guess what? He’s really good at those two things too, surprise surprise but he first love is the Permit. Addicted, just like me. Like I stated before, Bruce has been doing this a long time, longer than me by a mile. He is much more calm on the bow while I tend to get excited, I jump up and down a lot. Bruce is as cool as a cucumber, all the time. Every second he is on the bow, he’s calm. I see a school of Permit and I freak out. I’ve been a guide for almost 20 years now and something about Permit that gets me all jazzed up, still to this very day. There’s something about a Permit, something special. You know it when you hold one especially a big one. It’s the only fish you can actually play like air guitar and look cool as hell because of it’s shape. My buddy Captain Derek Rust took a picture like that and I was mad, mad that I wasn’t the one to do that. Tell me that isn’t cool as all hell??! 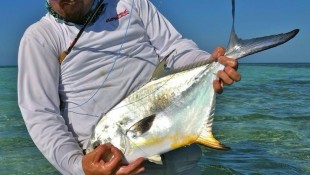 Some pics of Bruce and his Permit(s) 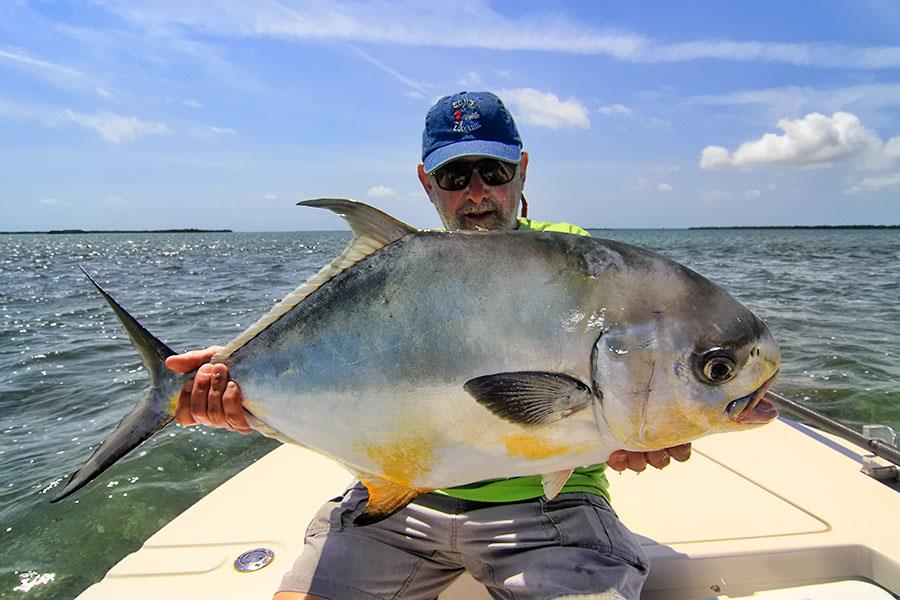 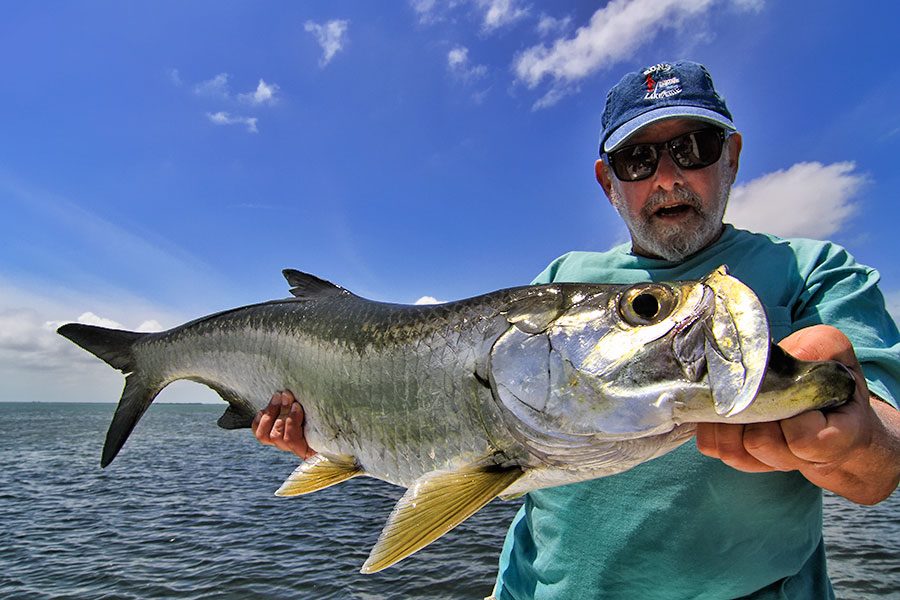 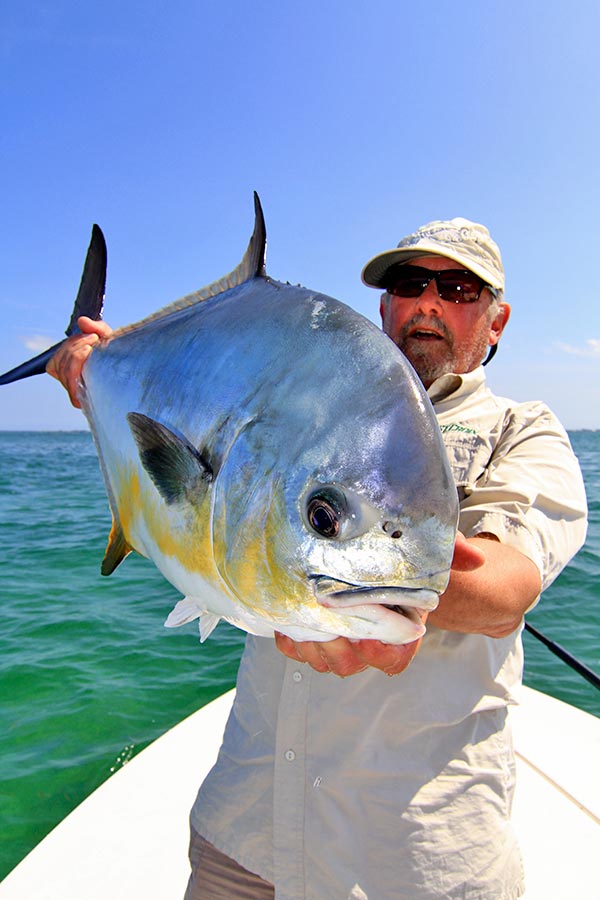 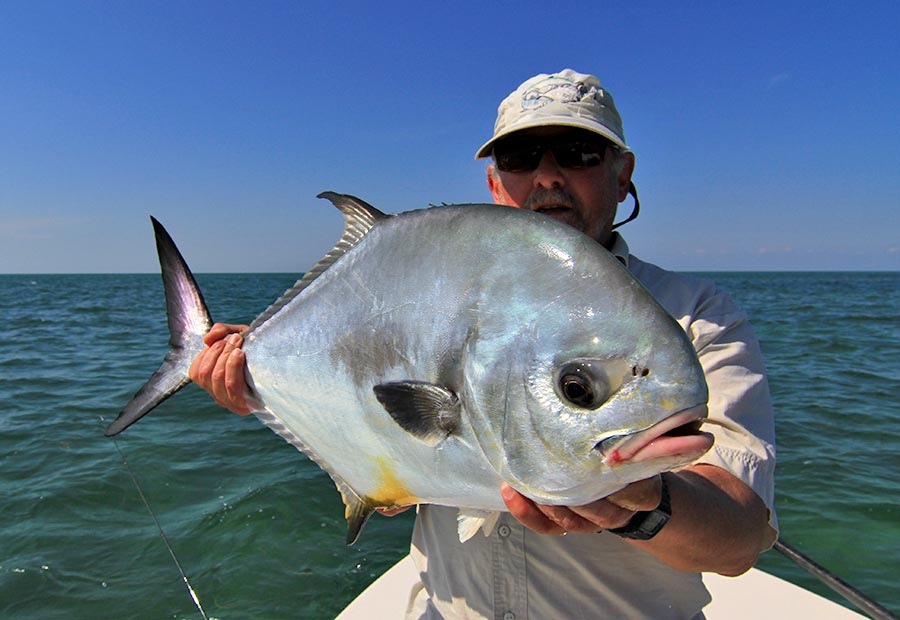 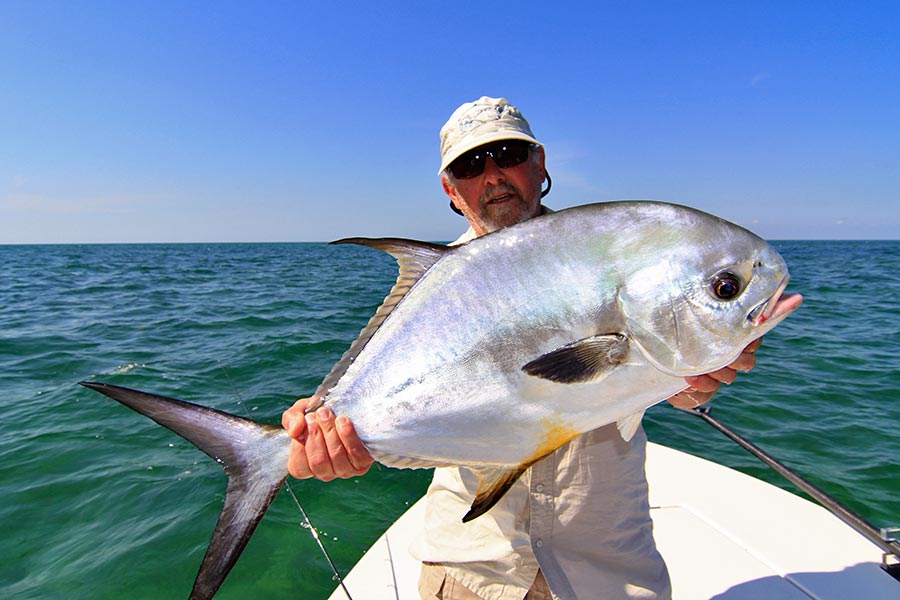 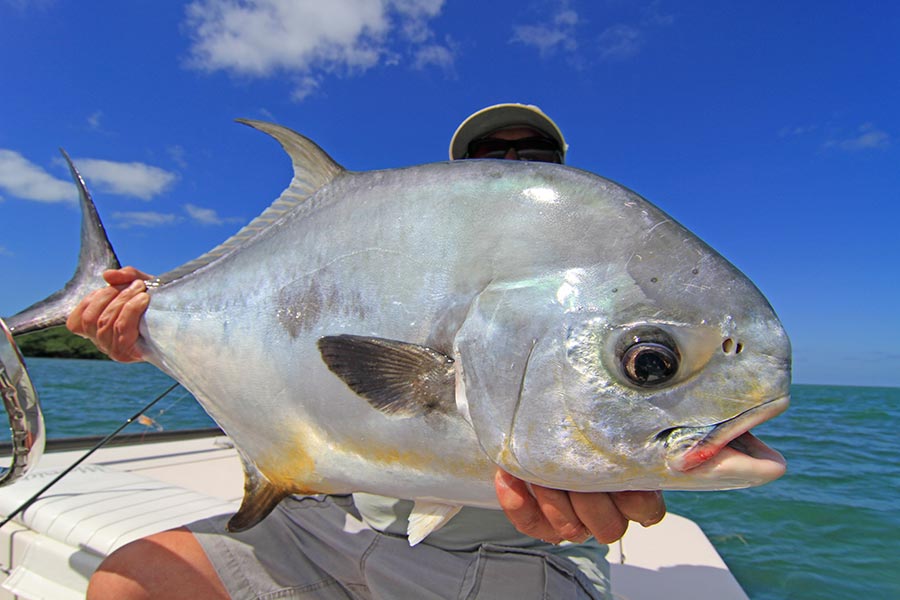 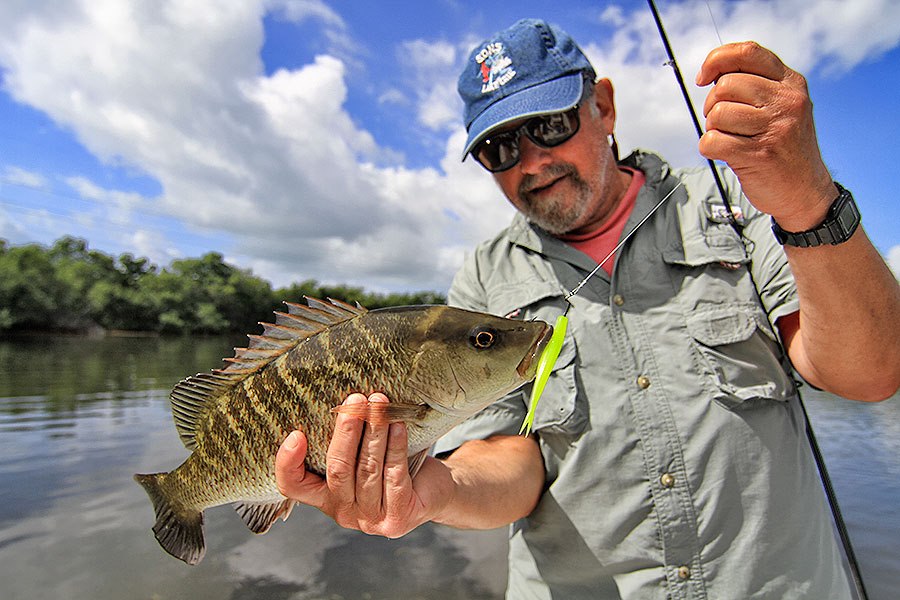 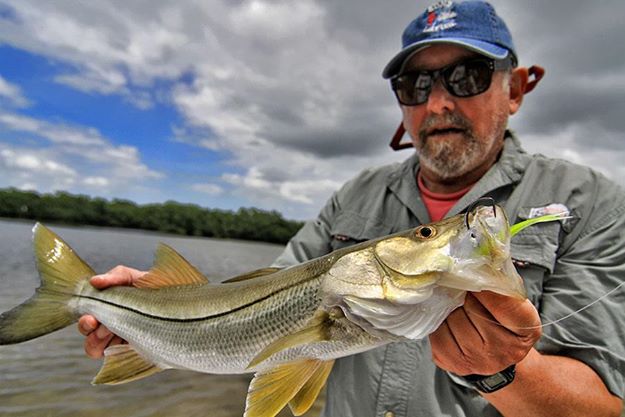 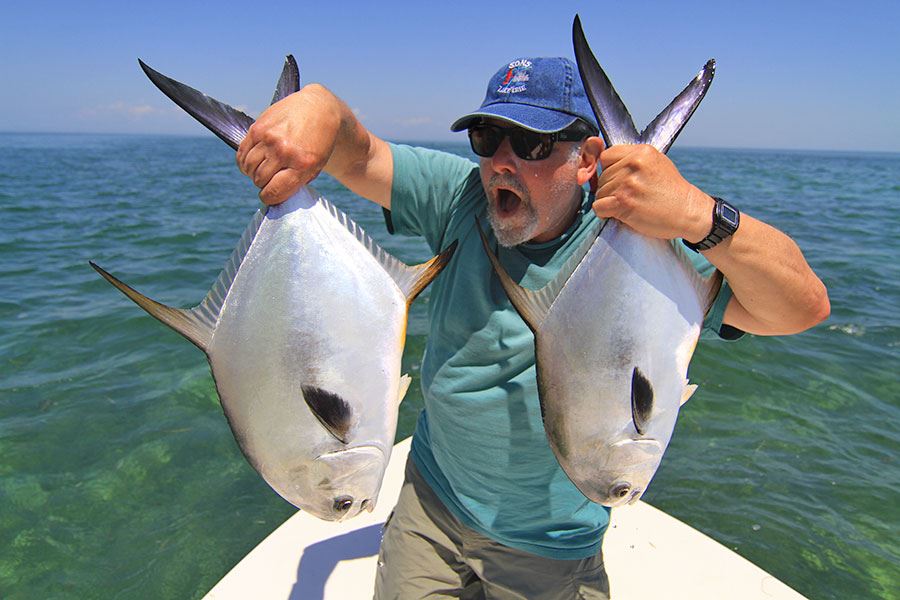 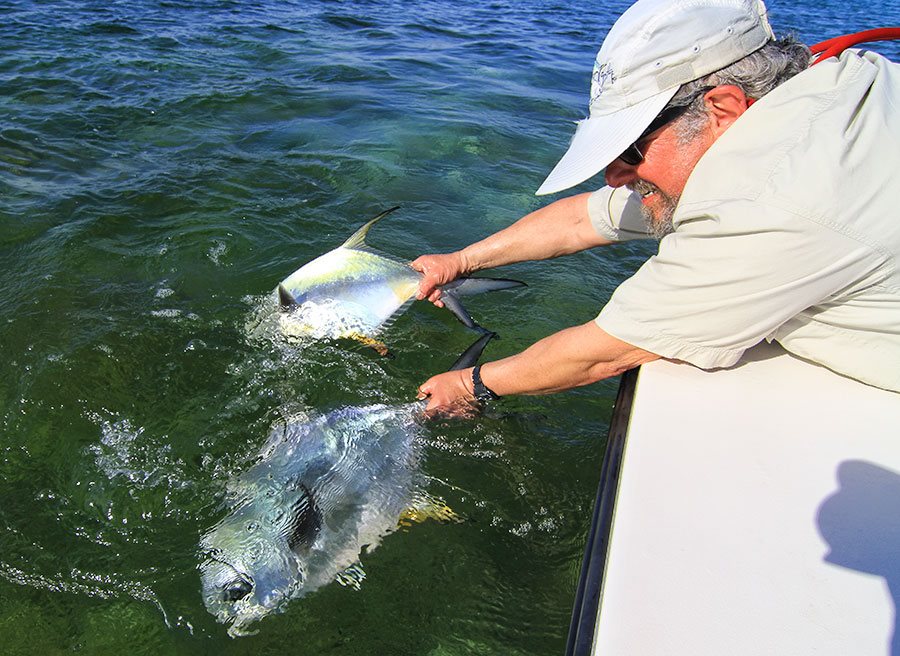 We have plenty of stories but I’ll share one in particular. Last year, while fishing for Permit in Big Pine, me and Bruce pulled up to this flat that we love to fish and usually find a lot of Permit on. I hop up on my tower, pole in hand and I immediately spot some fish swimming over the bank. The fish were small, somewhere around 10 or 12lbs. Bruce slaps a crab in there and is hooked up, just like that. We landed that fish, took a picture, released it unharmed. I again hop up on my platform and after about 10 minutes, I spot another Permit. This time it was a single and it was big, much bigger. Bruce fired the crab in there and BOOM, we are hooked up again but this time I knew it was a fish in the upper 20 lb. range. Ten minutes into the fight, Bruce is slowing getting the fish closer, probably within 50 feet at this point. I knew we were only minutes from landing this fish so I put my gloves on, took the camera out of the case and placed it on the seat.

The fish now is very close, within 10 feet. I can smell it victory. I’m pounding my hands together like Muhammad Ali ready for the land and all of a sudden the line breaks. Just. Like. That. I spit out all sorts of curse words. I was banging my head in the cushion asking God, WHY? Why did he let that happen. I get like this when a Permit is lost on my boat every time. It breaks my heart.

A full minute goes by and all of a sudden, my head still buried in the seat cushion, Bruce says (non nonchalantly, of course) “Hey Paul, the Permit it’s right there, grab it” I immediately pull my head out of the cushion, look over and as God is my witness, the Permit is swimming 12 inches, A FOOT, from the boat. And me, still with my gloves on and still in shock that this is even happening, reached into the water and snatched it up by the tail in one full swoop. I went from being completely deflated to being an incredibly happy – laughing maniac of sorts. The two different emotions I felt in that one full minute was taxing, to say the least. Me and Bruce looked at each other and we were in disbelief. A full minute went by. A full sixty seconds. When has that ever happened to you? A fish breaks off and swims back to the boat sixty seconds later and just hangs out right there for you to snatch? Unreal. If you look at these two pictures below. the left photo is the first Permit we caught, obviously the smaller one. The other one, on the right, is the one that I snatched from the water. 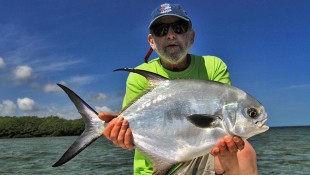 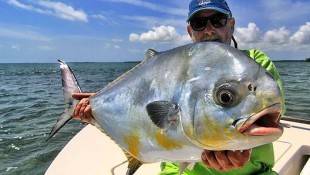 You can also check out some video of Bruce too: 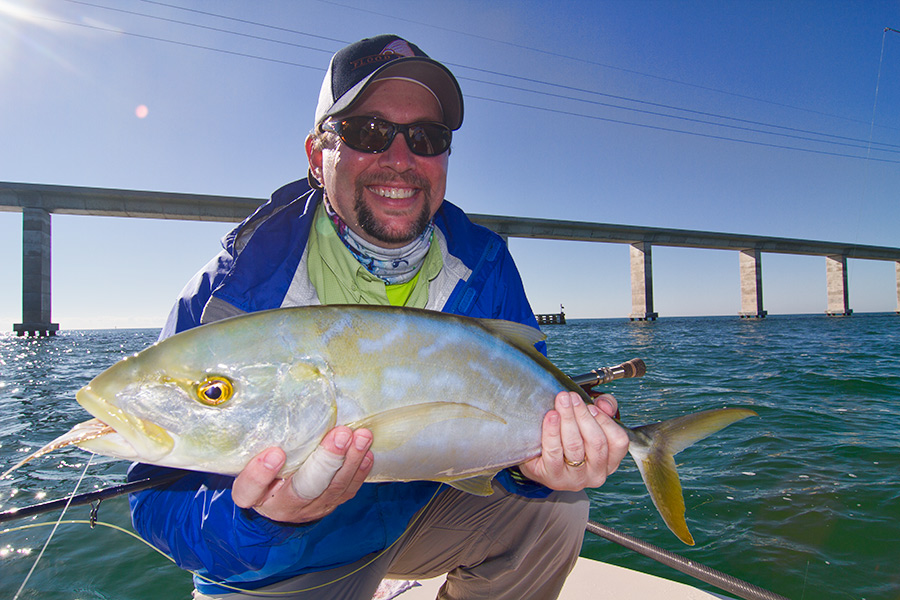 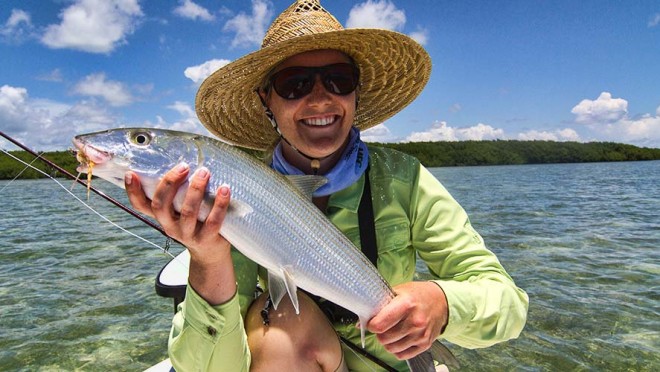 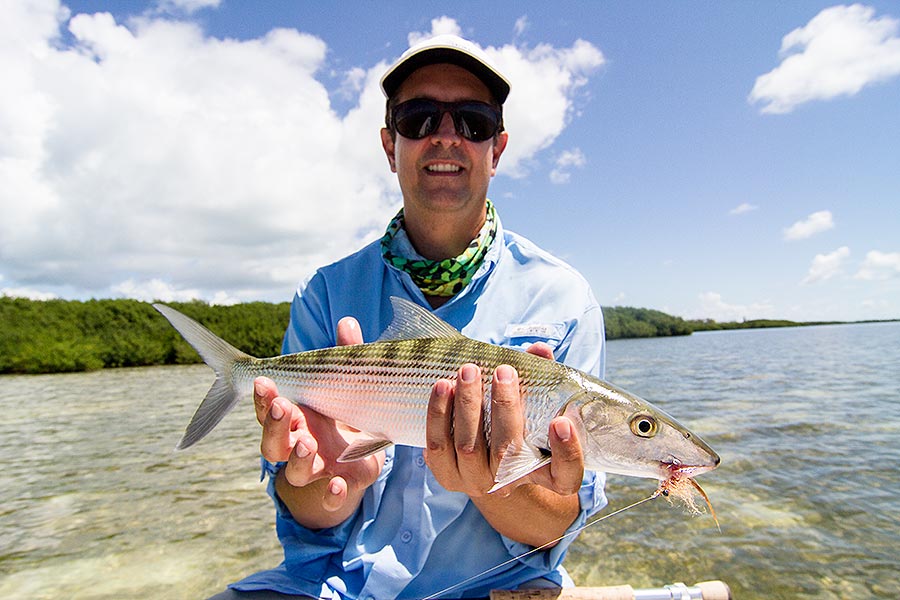 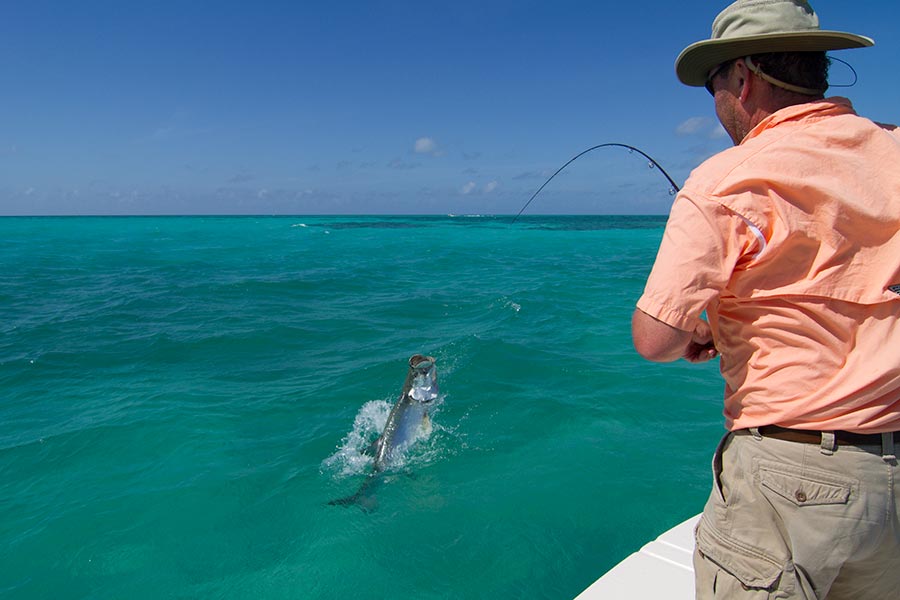 Dr. Becker does it again 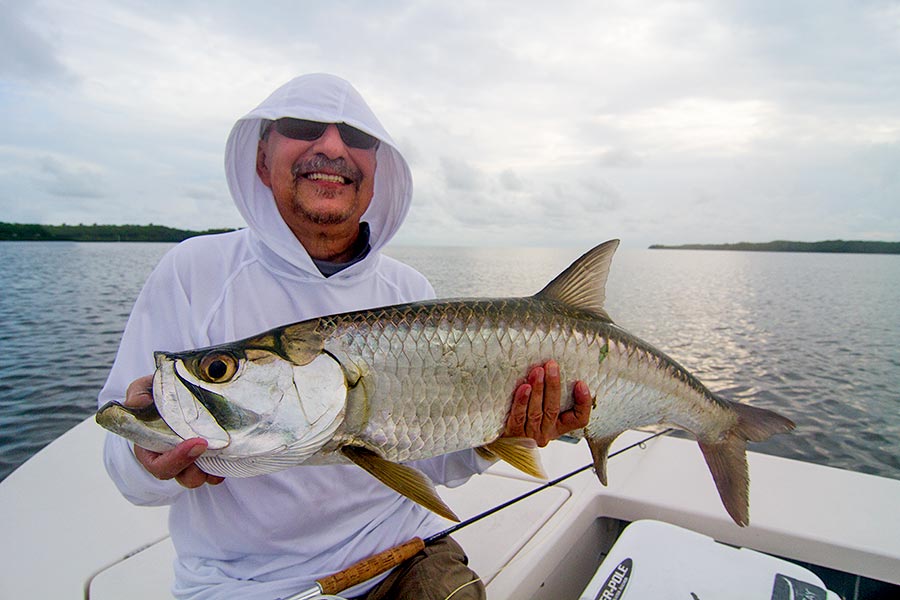 Mike and his first Tarpon ever on the Fly 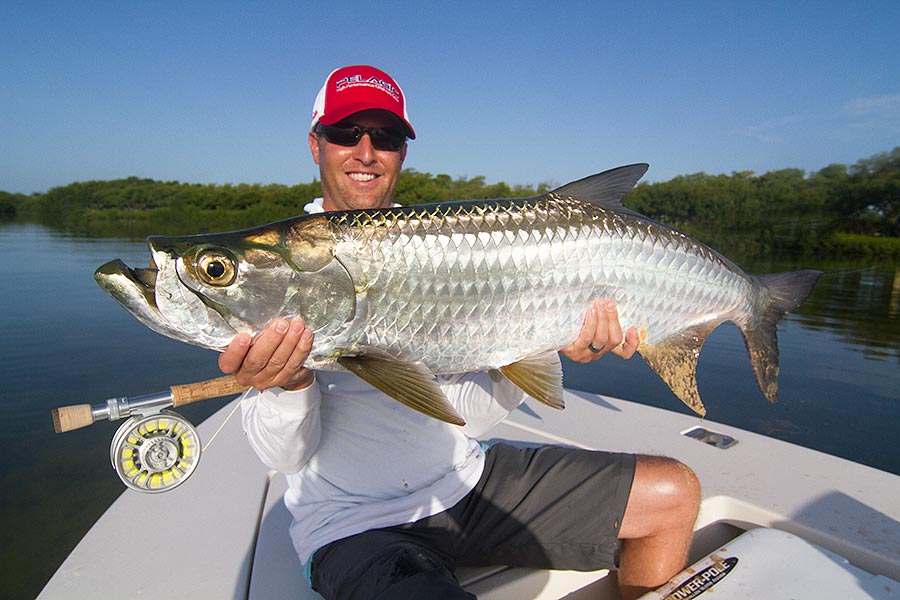 Mid-sized Tarpon on the 8 weight!

No comments yet. You should be kind and add one!

Which is your favorite species?

What’s better than one Permit...